Two days ago, Marca stated the Red Devils have ‘already moved’ for the Barcelona player and have informed him ‘how far’ they are willing to go to secure his services. The 22-year-old made his first team debut in 2019 and has been featuring regularly for the La Liga side for over a year now.

His contract expires in 2023 and the Catalan club want to offer him a five-year extension, according to Mundo Deportivo on Wednesday.

The defender’s representative, Edoardo Mazzolari, is in Milan and is expected to soon arrive in Barcelona to discuss his client’s renewal. The two parties have the intention to reach an agreement over a new deal. 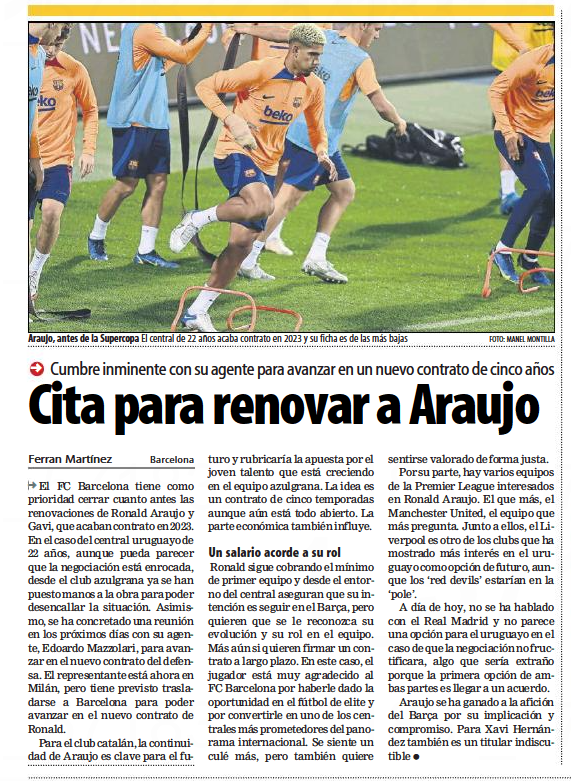 However, the centre-back wants the Spanish giants to offer him a deal that matches his performances on the pitch. Araújo wants to be recognised and also feel valued by Xavi Hernández’s side.

Mundo state the ‘team that asks the most’ about him is Manchester United. The Red Devils are joined by Liverpool, but the newspaper states the Manchester club would be ‘on pole’ to take the South American.

There is a possibility that United and others could be dragged into the mix to put pressure on Barcelona to offer Araújo a new deal, something that agents have used in the past to get an improved contract elsewhere for their clients.