Stoke City midfielder Badou Ndiaye is continuing to be linked with a move to Fenerbahce in the Turkish press and his agent William D’Avila has confirmed they’re in talks with the club over a potential transfer.

Ndiaye has since returned to Stoke City but the player has previously gone on record to say he doesn’t want to play for his parent club next season.

Speaking to A Spor, Ndiaye’s agent William D’Avila said: “We are in talks with Fenerbahce for Badou Ndiaye. It’s going well. Let’s see what the future holds.”

However, it’s unlikely the player’s future will be sorted out before the end of the Africa Cup of Nations, which might be a while, as Senegal booked their place in the semi-finals of the competition on Wednesday evening.

Ndiaye made 28 appearances for Galatasaray last season, scoring three goals. He is under contract with Stoke City until June 2022. 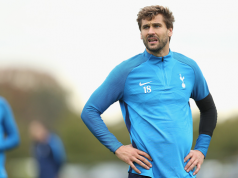