The agent of Leeds United defender Giuseppe Bellusci is today set to hold talks with PAOK Thessaloniki, with regards to a move for his client. Yesterday it was claimed the Greek side are showing an interest in the 27 year old.

TMW have reported claims from Sky Italia that Michelangelo Minieri will meet with the leaders of PAOK to discuss a transfer for the Leeds United player. In recent weeks Bellusci has been linked with a return to Italy, after his loan spell with Empoli last season, and switching to Greece would be a surprise.

However, despite the reported interest from Cagliari nothing has materialised, and subsequently PAOK is an option for the player.

On Wednesday we covered reports PAOK were keen on Bellusci, and could look to sign the Italian this summer. It’s been claimed PAOK could come in with an offer for Bellusci, and there may be some developments today.

Bellusci has been part of Leeds United’s preseason training in the past few weeks, but there’s still uncertainty over his future at the club.

“If Watford want me to stay…” – Hornets star talks about next season, ‘failed’ his PL mission 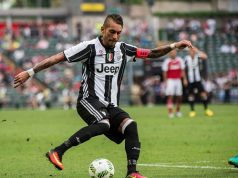