Home Europe ‘There was talk’ of Wolves for player, club only looking for permanent...
SHARE

Inter Milan allowed Joao Mario join West Ham United on loan in January and the Hammers haven’t made big efforts to keep him around.

The Portuguese international returned to the San Siro, but has no future with the Nerazzurri. Italian website Calcio Mercato claims Inter will only allow the 25-year-old to leave on a permanent deal and have ruled out a loan move.

Newly promoted Premier League club club Wolverhampton Wanderers are one of the clubs said to be looking at Mario.

After the brief spell with West Ham, the midfielder has already admitted Italian football doesn’t suit him and now wants to continue his future in in the Premier League. 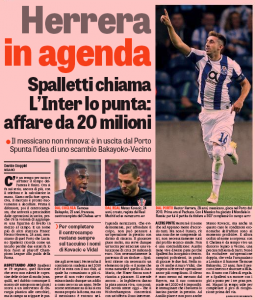 The report mentions ‘there was talk’ of Wolves, but Nuno Espírito Santo’s side haven’t followed up their interest with inquires or offers.

This backs up claims in Gazzetta dello Sport that Inter are ‘still waiting’ for Wolves to make a move, having yet to do so despite their alleged active interest.

To us, it seems like Inter are pretty bored of holding their breath, and could end up resigning themselves to the fact it’s either going to be a loan for Joao Mario or him sticking around for an extra year.