Nilsson spent several seasons in the Premier League with Sheffield Wednesday and Coventry City, and Wiman says Jansson is destined to do the same.

Writing in his column for Sydsvenskan, Wiman highlighted the progress Jansson has made since he joined Leeds United, and that he’s made the right decision to head to England just like Nilsson did.

He believes Jansson could be playing the English top flight next season whether it’s with Leeds United or another club. Wiman also thinks the 25-year-old should now be a regular starter in the Sweden national side, ahead of captain Andrea Granqvist.

“Roland Nilsson a coach of Pontus Jansson was a fantastic defender, and in England he’s found the right career abroad too and can learn to play in the Premier League next year if he continues like this. If it he gets there with Leeds or somebody else remains to be seen. Captain Granqvist is all very well, but I want to see the centre-back pair Jansson & Victor Lindelof in the national team as soon as possible,” said the Swedish journalist.

Sheffield Wednesday legend Nilsson helped launch Jansson’s career at Malmo after converting the player from a forward to a defender. He recently spoke about the Sweden international getting to the Premier League with Leeds United.

Leeds United are on course to land at least one of the play-off places after their recent form, and Jansson has been one of the key players this season.

The Sweden international has spoken in the past about wanting to help Leeds United get back into the Premier League, which could be achieved this season. 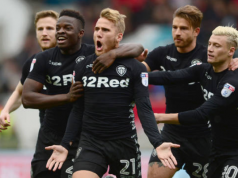