First linked with Celtic, Timothy Castagne became a surprise target for Swansea, which raised a few eyebrows in Wales.

The right-back, which isn’t a priority position for the Swans, is said to be available for €6m from Atalanta, with the Serie A side disinterested in the idea of a loan, preferring to sell him for good if he has to leave.

The latest claims were that the Belgian was edging closer to a move to Liberty Stadium, yet Corriere dello Sport on Thursday see it very differently.

Briefly looking at the situation, the Italian newspaper explain the deal appears to be heading in the wrong direction, as Atalanta’s demands are too far apart from what Swansea are said to be offering. 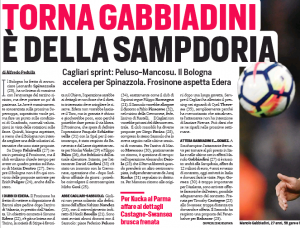 The 23-year-old has yet to become a first-team regular this season under Gian Piero Gasperini, starting just seven matches from a possible 19 in the league.

He has, however, played the full 90 minutes in the past two games again Juventus and Sassuolo, the latter of which ended in a 6-2 win for Atalanta.