According to claims in the Italian media Lazio are closing on a deal to sign Sunderland forward Fabio Borini.

The Italian is expected to leave Sunderland this summer after the club’s relegation to the Championship, and the 26 year old has also been linked with AC Milan in recent weeks.

Gazzetta dello Sport have reported Lazio sporting director Igli Tare will travel to England in the coming hours to finalise the deal with Sunderland.

It’s been revealed Sunderland are looking for a transfer fee in the region of €7m, but they 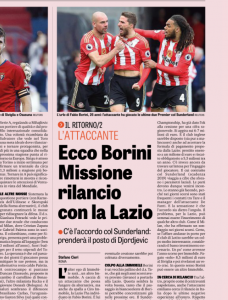 will accept an agreement with Lazio, so the payments could be spread out via a loan deal.

This would mean the Serie A side would have to commit to signing Borini at the end of an loan period.

Tare will also need to come to an agreement with Borini over his personal terms, and the former Liverpool player will likely to have to take a drop on his Sunderland salary. 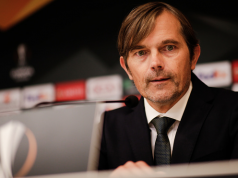