Sunderland are showing an interest in Bordeaux midfielder Clement Chantome according to claims in the French media. The Frenchman is out of contract this summer, and in recent weeks has been linked with a move to Premier League new boys Middlesbrough.

Le Foot Gazzette des Transferts have revealed Sunderland are monitoring the situation with Chantome as they look to strengthen their squad in the next transfer window.

Chantome will be a free agent this summer, and it’s unlikely he’ll be staying with Bordeaux.

The 28-year-old may be surplus to requirements with the Ligue 1 side after making just 17 league appearances last season, and a move to England could happen with Middlesbrough also keen to sign him.

Last month we covered reports from France that Middlesbrough were tracking Chantome, and were looking to move in on the player.

Middlesbrough have already been busy in the market by signing Ajax star Viktor Fischer, and Chantome is an option open to them in the next transfer window.

“Real Madrid made a mistake” – Teammate talks about James transfer, ‘will return to very big club sooner or later’ 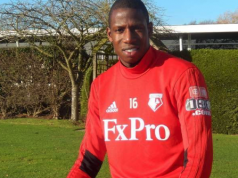