With Jermain Defoe already gone, and Jordan Pickford, Papy Djilobodji and Lamine Koné all potential departures, Sunderland’s squad looks like it could be picked clean this summer.

Another player who could potentially depart is Fabio Borini, whose season at the Stadium of Light wasn’t anything to shout about, with two goals in 26 appearances.

Still, his stock in Italy remains quite high, as, according to Il Messaggero, Lazio could return with another attempt to try and bring him back to Serie A, a league he last left in 2012, transferring from AS Roma to Liverpool.

The Italian newspaper believe that, following relegation to the Championship, the Sunderland forward would be available at around €7m. 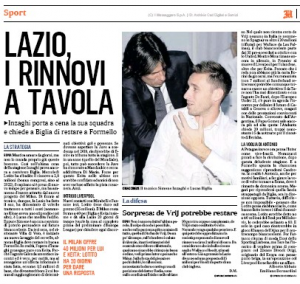 The club’s director of football failed to dismiss the possibility when asked about it, and his relationship with the player’s agent could certainly make things easier.

De Fanta made it publicly clear that both Borini and Vito Mannone ‘were destined’ to leave the club this summer, and a return to Italy for at least one of them could be on the cards, it seems.