Losing Raúl Jiménez for the foreseeable future, Wolverhampton Wanderers have been in need of a striker.

Fábio Silva is still adapting to a new country and a new league, while Patrick Cutrone, recalled from his loan at Fiorentina, will offer strength in numbers, but that’s about it.

What Wolves need is a marquee striker, albeit one not worth tens of millions, and they’ve allegedly found their man in Andy Delort, also being tracked by Newcastle United.

This comes from Le Buteur in Algeria, who report as an exclusive that the Montpellier striker has ‘received a serious offer’ from Nuno Espírito Santo’s side, who want the 29-year-old ‘at any price’.

Scoring eight goals and assisting another six in 17 Ligue 1 appearances, the former Toulouse man can both create and score, which is what Wolves have been missing in Jiménez’s absence.

However, Newcastle, who are near solely relying on Callum Wilson for league goals these days, need more firepower and have also turned their attention to Delort.

The Magpies are said to have made him a ‘necessity’, and it would be Steve Bruce behind this push for a new forward signing.

Interesting options for the Algeria international, who might have a difficult decision to make in the coming weeks. 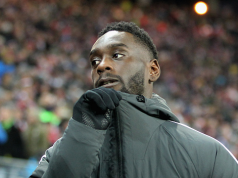 “He’s in big trouble” – Manager reveals why he banished Leeds flop to reserves, Bielsa right not to play him

“He’s in big trouble” – Manager reveals why he banished Leeds...