Fluminense wonderkid João Pedro has been interviewed by the Desimpedidos Youtube channel in their last Bolivia Talk Show episode.

The striker, who’s set to join Watford in January, has mostly talked about his success in Brazil, but also mentioned his preparation to move to the Premier League.

He’s claimed that his success came after a coach told him he was a good finisher, and since the move to the Hornets was agreed, he’s only been getting better.

“I started to practice and practice. Then it started, one, two, three, four… the time I saw it, 38 goals. I said damn it. And so, my objective for the year was 10 goals. Because I was a reserve and decisive goals started coming out. Then the sale happened. Then I think with this sale I got more excited. More focused. Because my dream has always been to play in the Premier League. I think it came fast. And I thought ‘nothing is impossible’.”

“Premier League has always been my dream, as I said. So I’m here in Fluminense getting ready. Seeking to evolve every day. To get there and perform well on the pitch.”

Asked if he’s been practicing English, he said: “I started taking English class, bro. But with the Brazilian league, Copa do Brasil, Copa Sul Americana, there was a blur. I think it’s nice to speak English. Because that’s life-long work, wherever you go, you’ll be able to get along. In class I can talk, but when I’m going to play video games, someone asks me something, I don’t know anything. I think this is about practice. I think when I go there, I have to study there, and I have to use it, I will work it out.”

Watford have paid €2m to sign João Pedro from Fluminense, and since he’s still underage, they’re waiting for him to turn 18 so he can make the move. The transfer can cost up to €10m if all bonuses are triggered.

When the new Fluminense president took charge in June, he said he would try to make a new deal with Watford so the Brazilian club could make more money with the transfer. However, there have been no updates on that matter.

It had also been reported that the deal includes a clause of €20m to be canceled by Fluminense’s part. At that time, it was speculated that the likes of Barcelona could pay that to reach a new agreement with the Brazilian side, but that went quiet as well. 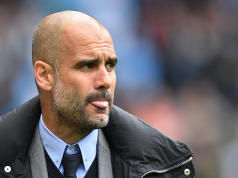 “He’s always speaking about the club” – Arsenal man talks up...