Marca go big on Eden Hazard to Real Madrid in their Sunday edition, in what looks like an effort to present the Chelsea player as Zinedine Zidane’s main target for the summer transfer window.

Zidane’s fondness for Hazard has been reportedly repeatedly for several years. Even when Zidane was in the background at Real Madrid, there were several claims he was advising the club’s president Florentino Perez to make a move for Hazard.

Marca have declared that Hazard has agreed to negotiate over a transfer, and they believe the player is now keen. An example of that is given as the Chelsea player learning to speak Spanish, something which Marca take as him sending a signal to Madrid.

What the Spanish newspaper believe gives Madrid hope is Chelsea’s alleged keenness on James Rodriguez and Alvaro Morata, the latter has been a firm Antonio Conte target since the Italian took over at Stamford Bridge. 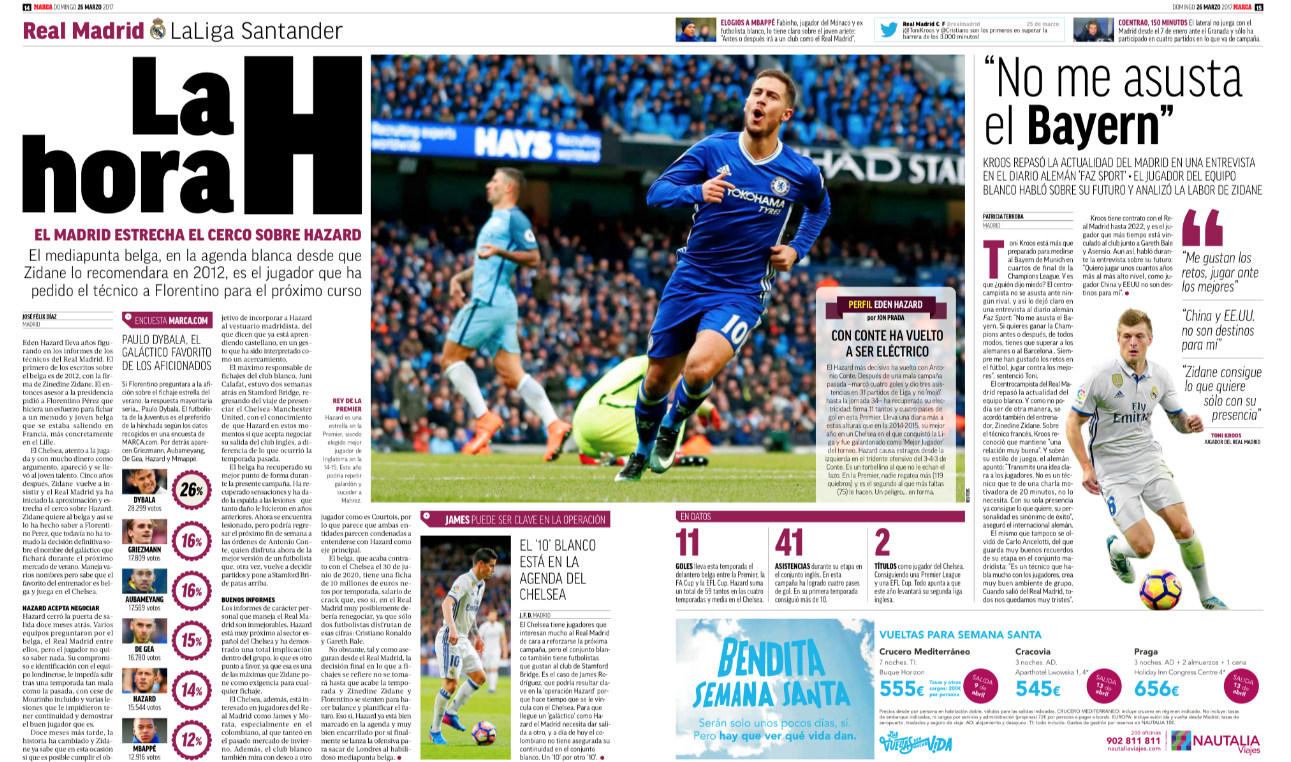 Despite going big on the story (with Marca’s front page and an adjoining double page spread), it’s explained that targets will only be finalised at the end of the current season. 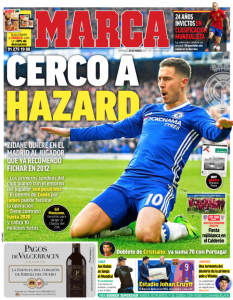 Then Zidane will decide what he wants, Perez have his input, and the president likely go for his own targets.

Chelsea’s Hazard being earmarked by Zidane wouldn’t be a shock but it’s a great leap from that stage to getting anywhere near a transfer.

The idea of potential one, or both, of Morata and Rodriguez heading to Chelsea, and Hazard going the other way, presents three huge Conte summer deals.

All eyes to the end of the season.