Swansea City striker Borja Bastón has interest from Espanyol and Deportivo La Coruña with both keen on a move in the January transfer window.

Bastón has been at Swansea since 2016 after joining in a £16m deal but has spent the last two years on loan in Spain with Málaga and Alavés respectively.

This year he has been a regular for the Swans, making 17 appearances and scoring six goals in all competitions, but a return to Spain could be on the cards.

El Desmarque report that both Deportivo la Coruña and Alavés are looking at taking the striker in January.

Deportivo are looking at bringing back former players to strengthen the squad, and Bastón is one of several on the current list.

He spent the 2013/14 season on loan at the club, scoring ten goals in 34 games, and those positive performances are well remembered.

Alavés are looking at adding a striker to their ranks and their recent appointment of Abelardo Fernández, who Bastón worked with at Alavés last year, means the Swansea striker’s name ‘takes strength’.

The website explains, though, that a deal may be hard to get completed, mainly because of the fee Swansea paid for him in 2016.

The striker has only started two games since September 28th, but that price makes things complicated, and a loan deal is most likely, with it stated Deportivo ‘would try’ for that first. 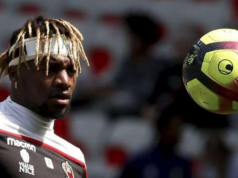 “I have never talked to them” – Newcastle star’s brother, and agent, dismisses transfer talk

“I have never talked to them” – Newcastle star’s brother, and...