When Jeremie Boga first arrived at Sassuolo from Chelsea, few expected the Ivory Coast international to have the impact he had.

Going from loan to loan during his time at Stamford Bridge, the winger finally found some stability in Italy, which instantly showed in his game, setting Serie A alight with his impressive dribbling and decisiveness in attack.

This immediately caught the eyes of scouts, with Southampton now among the many clubs interested in the 23-year-old’s services.

That’s according to Gazzetta dello Sport, who look at Sassuolo’s situation, casting an eye on who could leave.

While there are many clubs interested in many players in the side, Boga is the ‘only one who could leave’ in the window at the right price.

That is €40m ‘without counterparts’, meaning the Italians would want a cash only deal, which represents a hefty investment from interested parties in Covid-19 times.

Napoli tried their best to include Adam Ounas into the operation, but were turned away.

Alongside Aurelio De Laurentiis’ side, it’s said Atalanta are taking their time, while Southampton ‘have turned up to ask for information’. 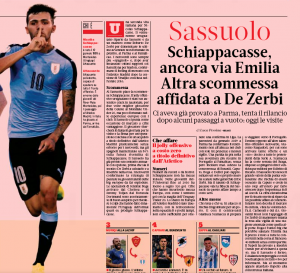 However, it’s said the Saints are currently ‘delayed’ compared to their Italian counterparts, meaning they’ll have to make up for it quickly if they want to get Boga for next season.

With the new season just around the corner, the clock is ticking for Ralph Hasenhüttl and Southampton to get the squad he wants in order to compete in the Premier League next season.

If they could add Boga to their ranks, they certainly would make themselves that little bit better going forward, even if it comes at a hefty price of €40m.