The report claims that the Lions are currently working to be in pole position in the race, as the player would like the idea of being loaned to a club who are playing European competitions next season.

But there’s another side who could be fighting for Alcácer, and that’s Southampton. Or as they call it, Cedric Soares’ Southampton.

Unlike Sporting, the Saints would be interested in a different type of deal, signing the 24-year-old from Barcelona on a permanent transfer.

But both Alcácer and Barcelona are not so keen on a permanent move. The player wants a chance to prove himself at the club again, while the Catalan side believe he can still develop to have another shot there.

Record considers this to be an advantage for Sporting, but as things seem to stand in very early stages, we better wait and see how things develop. 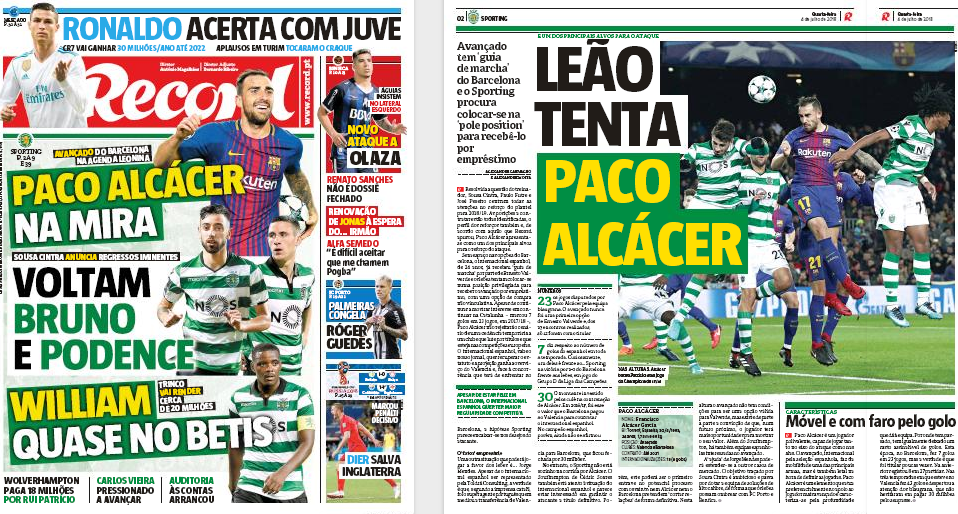