Finishing a very impressive 6th in the Premier League, Ronald Koeman took a lot of people by surprise when he decided to swap Southampton for Everton ahead of the 2016-17 season.

Undoubtedly promised large transfer funds and a bigger wage than his former club could offer him, the Dutchman was quickly announced as Roberto Martinez’s successor as the man who would return Everton to European football challengers.

We said it took people by surprise, and we weren’t kidding, as even the players were unaware of anything happening behind the scenes until the deal was pretty much done, as was revealed by Oriol Romeu to Mundo Deportivo, one of Koeman’s signings last season.

He said: “No one was expecting it in the dressing room. I found out through the WhatsApp group the players have. We were sorry to hear it because we got on really well with him and we were looking forward to doing something big in the Europa League.”

The player reserved special praise for his former manager’s training and man management techniques, as well as doing what he did in the league last year.

On Thursday, Southampton announced the arrival of former Lille and Nice manager Claude Puel as Ronaldo Koeman’s replacement; a move many see as very positive considering what the Frenchman achieved with Nice last year. 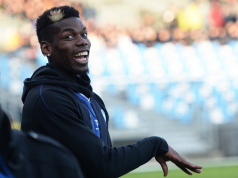