An integral part of Jürgen Klopp’s plans at Anfield, Roberto Firmino might not always be the name on the scoresheet come the end of the game, but he certainly has a hand in almost every goal Liverpool score.

Whether it’s finding the back of the net himself, assisting or simply being involved in the build up, the Brazilian forward has shown the world why the Premier League spent close to £40m on him back in 2015 when such sums were still eyebrow raising, but there are those who knew well before everyone else the 28-year-old was something special.

One of those was Anthony Modeste, who played alongside Firmino back when they were both at TSG Hoffenheim in Germany between 2013-15.

Speaking to France Football, the French striker didn’t hold back when heaping the (deserved) praise on his former teammate.

He said: “He’s a phenomenon. He’s the best player I’ve played with. It was so impressive, that agility he had with the ball in his feet. That ability to dribble past people. In training, he could take the ball, go past everyone and score. Sometimes, I’d just stop and admire.

“Soon after my arrival, I told some friends there was a phenomenon in the team, that they needed to come see him in training. He did incredible things”.

Pressed further, Modeste continued: “As soon as I saw him, I was like ‘who is this player?’ I took so much pleasure from playing with him. It was easy. I just had to run and the ball arrived where I wanted it. He sees everything before anyone else. 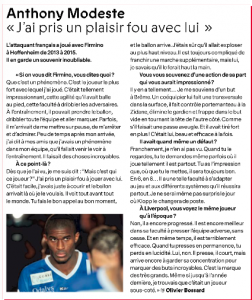 “You make the right run at the right time, and the ball is there. I was sure he’d explode at the highest level. It’s always hard to make that final step, but him, I knew he’d do it without any problems”.

After all this praise, it was only fair of France Football to ask if he felt Firmino had any weaknesses in his game, but Modeste just couldn’t think of any.

He said: “When you see him play, you wonder where he’s actually playing. You get the impression that wherever you put him, he’ll still be good. As a six, or an eight… He has such an ability to adapt to the game and to different systems, he’ll be great anywhere”.

Moving to Liverpool in 2015, after which Modeste also left Germany to give Chinese football a go, Firmino has become an even better player, according to the Frenchman, who explained his ‘ability to press the opposing team constantly’ was something he has learnt from working with Klopp and, once again, is excelling at.

This season, Firmino has scored three goals and assisted his teammates seven times in 12 appearances in all competitions. 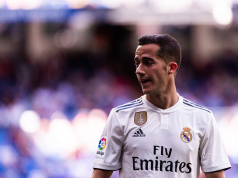