Paul Pogba’s strike against Burnley in midweek not only saw Manchester United seal a narrow 1-0 win but also helped them climb to the top of the table.

The Red Devils have 36 points after 17 games and are three points ahead of second placed Liverpool.

However, things weren’t this bright for the Old Trafford club at the start of the season. They suffered two losses in the first three league games and that included a 6-1 defeat against José Mourinho’s Tottenham Hotspur in October.

United were then in the bottom half of the table and that led to reports of Mauricio Pochettino potentially replacing Ole Gunnar Solskjaer.

These claims died down for a brief period before the Solskjaer sack rumours were brought back to life again after the English side failed to progress to the knockout stages of the Champions League.

Norwegian newspaper Dagbladet has interviewed Solskajer and the Manchester United manager stressed the rumours around his future had no impact on him.

“We didn’t press any panic button. We have had one focus all along: that this is a long-term project. We’re thinking about the best interests of the club and what we’re going to look like in a little while,” he said.

“We’ve had faith in what we’re working on. We know what we want to look like. So, we also know we can’t always control the outcome of individual matches. But you have to control the process, and I think we do.”

There won’t be any rumours linking the former Spurs manager to the Red Devils in the near future as Pochettino was appointed Paris Saint-Germain manager earlier this month.

The former Cardiff City boss also stressed his side are currently not thinking about taking the title from Liverpool this season.

“We [last] won the title in 2013. Ferguson’s last season. That’s what counts. It’s not whether you’re at the top of the table in the middle of a season or at the start of the season,” Solskjaer explained.

“We don’t think much about that. What we’re thinking about is that we’re getting better and better all the time. We’ve built up a stronger squad. We have a squad that can compete higher in the table.” 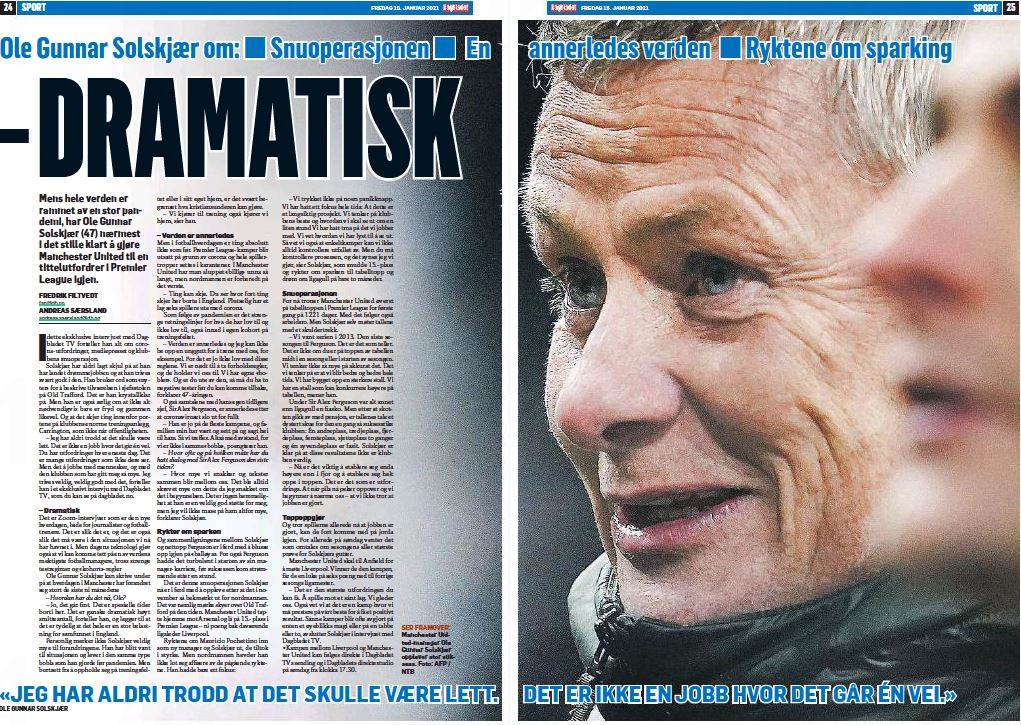 Manchester United take on Liverpool on Sunday and the Norwegian explained what he feels could decide the outcome of the clash at Anfield.

“It’s the biggest challenge you can get. To play against a team like that. We’re looking forward to it. Also, we know that it is a match where we have to perform at our best to get a positive result. Such matches are often decided on either a moment’s magic or on a mistake or both,” the United manager concluded.