Liverpool boss Jurgen Klopp has spoken to ESPN Brasil after the 2-1 defeat against Manchester City at the Etihad Stadium this Thursday afternoon.

First asked to explain what made the difference for Pep Guardiola’s side to win such a disputed match, the German manager has claimed that Man City were a bit lucky, as a draw would have been a fair result for both sides.

“I think nobody would’ve complained if this game ended with a draw. They didn’t fail tonight. They only didn’t win the game, or didn’t get the points. That’s all. “

Then Klopp talked about the title race, as the Reds are now only four points ahead of City. But he says his team is excited to be fighting for the trophy until the end of the season, as it wouldn’t be nice to win the league long before the final fixtures.

“If we draw and we’re seven points ahead, would have I thought ‘halfway there’? No. So it’s just… the season is so long, we want to really play the season.”

Liverpool now play the FA Cup’s third round against Wolverhampton Wanderers on Monday, and are back to Premier League action on January 12 as they visit the Falmer Stadium to face Brighton & Hovie Albion. 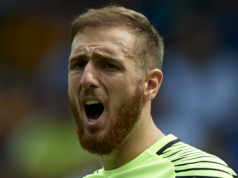