According to Turkish newspaper Posta, Galatasaray are interested in signing former player Badou Ndiaye ahead of the January transfer window.

The Stoke City midfielder spent last season on loan at Galatasaray and helped them win both the Turkish Super Lig and Turkish Cup.

He returned to Stoke City in the summer, but it seems he’s eager to move away from the Championship side. Fellow Turkish club Trabzonspor are also said to be interested in the Senegal international.

Posta now claim he’s a transfer target for Galatasaray as the Turkish champions look to strengthen their midfield in the new year. Gala have struggled this season and see themselves off the pace in the race for the league title. 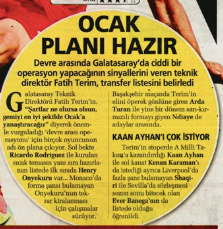 It’s reported Galatasaray will make a move for the 29 year old, and they will contact Stoke City with regards to loaning him in the next few weeks.

Ndiaye has made 12 appearances for the Potters in Championship this season and is under contract with the club until June 2022.