In the past few weeks, we’ve been covering reports from the Portuguese press which said Wolverhampton Wanderers were working on a deal with Sporting for the transfer or Rui Patrício.

Even though the goalkeeper has already signed as a free agent, the Premier League side wanted a deal to avoid problems in the future.

Patrício’s contract recision with Sporting wasn’t very friendly, so there was fear that the Lions could come after the transfer with a legal action.

But before Wolves could find any agreement to pay player, Sporting have already delivered a complaint to FIFA. 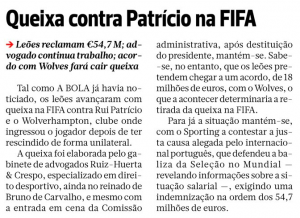 The 63 page document is available on Record’s website (you can see the most important parts below), and requests a payment of €54.7m for Patrício. Sporting claim that he had no right to leave the club the way he did, and therefore Wolves must pay for it.

We covered that at the weekend, but now there’s more detail. Sporting also want Patrício to be banned from playing in official matches for six months, and Wolves to be banned from registering players in the next two transfer windows.

Newspaper A Bola claims that in case Wolves find a deal with Sporting, then the Lisbon side will cancel their action. Otherwise, it’s FIFA who will judge it. 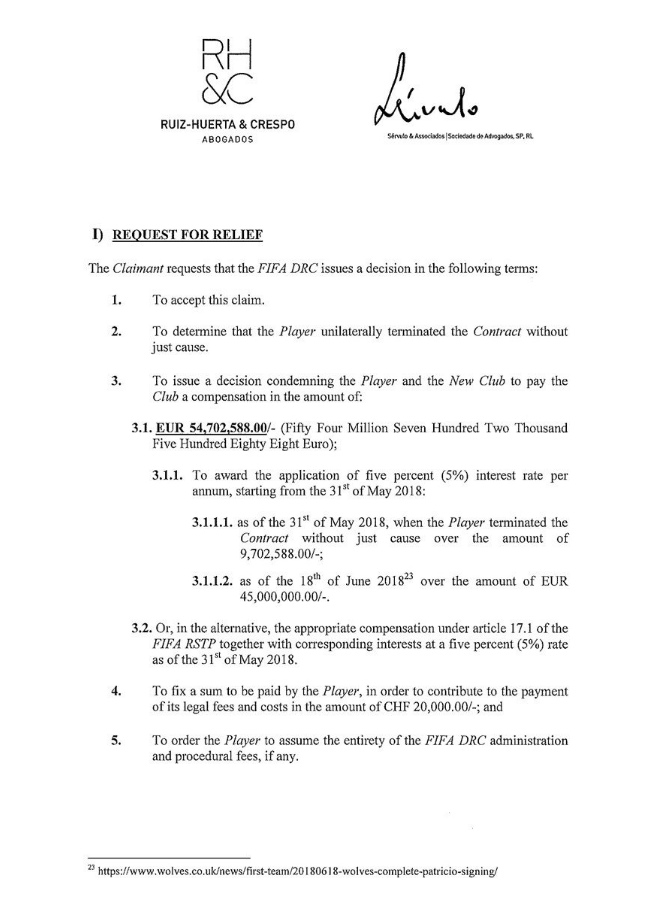 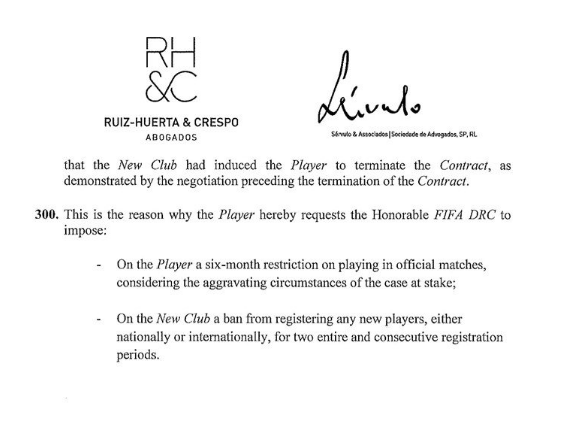