This has come a little out of the blue, but there is a renewed worry in Italy about Tottenham’s interest in Nicolo Zaniolo.

It stems from Gazzetta dello Sport, thrown in the middle of their big presentation of Roma’s new manager Paulo Fonseca, and it doesn’t give much detail, but it’s there.

Needing a new goalkeeper, the Serie A side have started looking at former Tottenham loanee Pau Lopez for the role after his interesting season at Real Betis, at which point the Italian newspaper just casually move onto the Zaniolo news.

They explain that an official offer from Spurs for the Italian prodigy could arrive ‘quickly’. 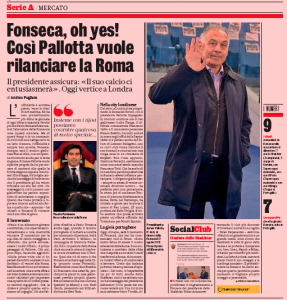 That’s it, no more details, just that there appears to be an expectation from within that Mauricio Pochettino and Daniel Levy are ready to send the ever important fax/email to Rome.

If previous reports are anything to go by (and they could be, just very loosely), a fee of €50m will be required to kick off talks with the Serie A side, which Tottenham apparently have ready.

We’ll have to wait and see, but the idea of an actual “official” offer being made would mean things are getting serious in London after the Champions League final defeat.