Arriving at the same time as Jean-Michaël Seri, Maxime Le Marchand’s time at Fulham has gone a bit better than his teammate, but not by much.

Unlike the Ivorian, the centre-back stayed at the club for their campaign in the Championship, but a back injury has kept him out for most of it, limiting him to just eight league appearances so far this season.

With football currently on hold, the player can recuperate without fear of missing games, but there’s also his future to think about, and he might get an opportunity to leave London if all goes well.

According to La Voix du Nord, Lens, who were recently promoted to Ligue 1, are interested in the Fulham player to bolster their defence ahead of the new season. 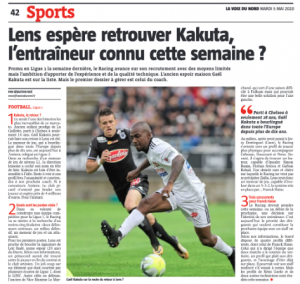 It’s stated the 30-year-old, who they describe as ‘coming out of a difficult season’, would be seen as a ‘good solution for the left hand side’ of the two central defenders.

That’s all there is to it for now, but considering the centre-back wasn’t exactly a regular starter under Scott Parker this season, perhaps Fulham won’t stand in his way if a decent bid turns up on their desk.