A section of Manchester United fans always express their frustration on various social media platforms whenever Real Madrid star Cristiano Ronaldo is linked with a return to Old Trafford.

The Portuguese international has always spoken highly of the 20-time English champions, even though he has stressed on numerous occasions that he wants to end his career at Real Madrid.

With the transfer season beginning for Jose Mourinho’s side so far there have been no rumours, and Ronaldo is currently preparing for the Champions League final against Liverpool on Saturday. Paris Saint-Germain are another club often linked with Ronaldo, but that has largely stopped since they signed Neymar last summer.

Although there are no rumours linking Ronaldo to United or PSG this summer, the forward’s mother, Maria Dolores, has given a suggestion to her son. She would prefer the 33-year-old rejoin the Red Devils than make a switch to Paris.

“I come [to Paris] from time to time, the first time was to see my son receive the Ballon d’Orl, it was a great pride, and when I come, I am well received by everyone,” Dolores told RMC Sport.

When asked if her son would join PSG, she said: “To tell you the truth, it would not bother me, but I would prefer a return to Manchester.” 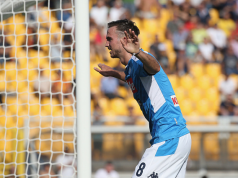 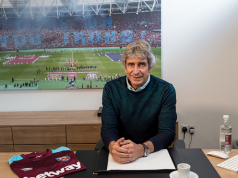 Braga player ready to exploit Rangers ‘weaknesses’ – Confident ahead of...

Italian journalist believes Man City have been looking at player ‘for...