José Mourinho was in charge at Manchester United for over two seasons between 2016 and 2018 and during his time at Old Trafford, the Portuguese tactician was keen on having Ivan Perišić at his disposal.

United were unsuccessful in their efforts in bringing the Croatia international to the club during Mourinho’s reign. The winger turned wing-back never hid his desire to play in the Premier League in the past, but a move there simply never materialised.

He has been with Inter Milan since 2015 and the 33-year-old’s contract at the San Siro will expire at the end of the season.

Today’s edition of Gazzetta dello Sport has a report focusing on his contract situation and there’s also a mention about the Red Devils.

Perišić’s representatives have already met the Serie A winners and both parties will meet again in two weeks’ time. He earns €5m net per year, but the Nerazzurri have ‘no intention’ to renew the player’s contract on current terms. 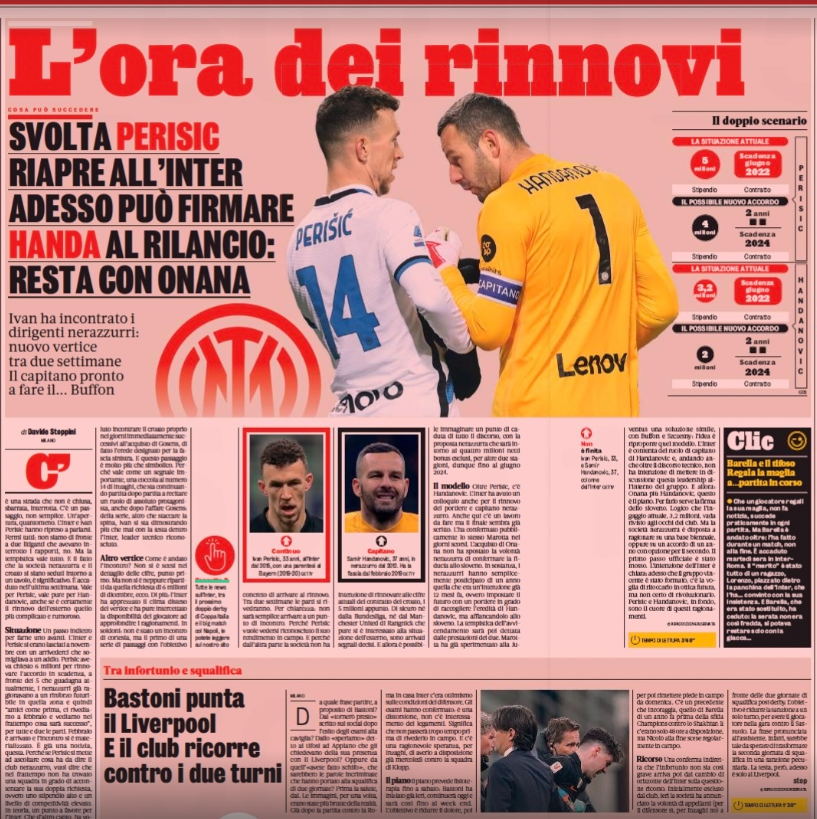 It’s not just Inter, either. Even Bundesliga sides or Ralf Rangnick’s United, who ‘took an interest’ in the Croatia international, ‘did not receive strong signals’. In other words, the English club showed interest, but are unwilling to offer him €5m per year salary.

Simone Inzaghi’s side are proposing a two-year extension that includes an annual salary of €4m. If Perišić accepts these terms, he will continue at Inter. Else, will leave them as a free agent in the summer, where he can negotiate with interested clubs.

Whether Manchester United take yet another look at him then, however, remains to be seen.