It’s La Voix du Nord reporting this on Monday, explaining the French club still plan on bringing a third striker in this summer, with the Colombian remaining ‘the most serious path’.

However, there’s a bit of a stumbling block at the moment, as they state talks between Rangers and Lille are currently ‘making no headway’.

The reason for this remains the amount the Ligue 1 club have offered so far (around €15m), which ‘hasn’t satisfied’ Steven Gerrard and the rest of the club. 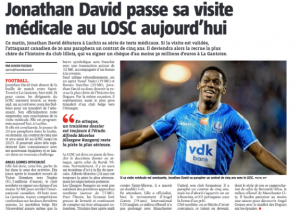 As things stand, Rangers are said to be ‘standing firm’ with their demands, and continue to rely on the striker, who scored a brace at the weekend against St. Mirren in their 3-0 Scottish Premiership win.

Gerrard has made his stance clear regarding Morelos’ future, and until the right offer is made, the player will be staying at Ibrox.

It’s all quite simple.