Forgotten for a while after his sacking from Leicester City, Claude Puel is now the talk of the town in the French media after being appointed as the new Saint-Étienne manager.

Not only that, but he managed to oversee a dramatic 1-0 win over arch rivals Lyon at the weekend, just two days after taking up the job, which earned him many early brownie points.

This return to France comes after two failed spells in England with Southampton and the aforementioned Leicester, and it’s worth pointing out that despite his struggles on this side of the Channel, his stock in France remains largely unscathed.

Why? France Football gave their two cents on the matter, believing the manager to be the victim of ‘bad timing’ for both jobs, taking over at the worst possible time (in two very different scenarios) at each club.

Starting with the Saints, he took over after a great season under Ronald Koeman, but the ‘unreasonable expectations’ (they quote the Guardian here) set by the board for the following year led to him being cast aside despite finishing eighth and reaching the League Cup final.

He was also accused of a ‘lack of communication’ and a ‘less than enthusiastic approach’, despite losing Sadio Mané to Liverpool and having Charlie Austin and Manolo Gabbiadini injured for spells. 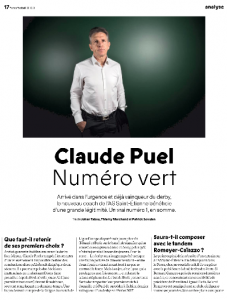 As they point out, since he left, none of following managers have equalled his achievement, all finishing lower than eighth in the league.

Regarding the Leicester job, he took them over when they were 18th and finished ninth.

However, he inherited a ‘dressing room filled with egos’, which led to ‘open tensions with leaders like Kasper Schmeichel and Jamie Vardy’, whose appearance at training in a Superman costume ‘was the straw that broke the camel’s back’.

Despite beating the likes of Manchester City and Chelsea, Puel was sacked and was blamed for a ‘lack of communication’ and a ‘style that was too slow’.

For France Football, Puel was ‘never given the time, the team or the respect he deserved’, in part down to a ‘real image problem’ and his personality.