Dimitri Payet hasn’t been afforded much of a honeymoon since moving back to Marseille. L’Equipe, the French newspaper which had been at the forefront of the West Ham transfer scoop since early January, wasted no time in pointing out that he’s added a few extra pounds.

On Friday the French newspaper reported that Payet was around 3 weeks away from being totally fit, and they had he only had around 60 minutes worth of football in his legs. It was explained that Payet had arrived from West Ham in a poor state: ‘loss of muscle mass and is slightly overweight’

The reasoning was he’d been under stress at West Ham, and Slaven Bilic had sent him to work with the club’s youth side, but then it must be assumed West Ham’s youths aren’t all overweight.

Payet came on as a late substitute for Marseille against Metz on Friday, but wasn’t able to prevent a 1-0 loss. There have also been questions asked by L’Equipe about how true it is he’s actually taken a significant pay drop, given he’s on a longer contract and still very high wages. 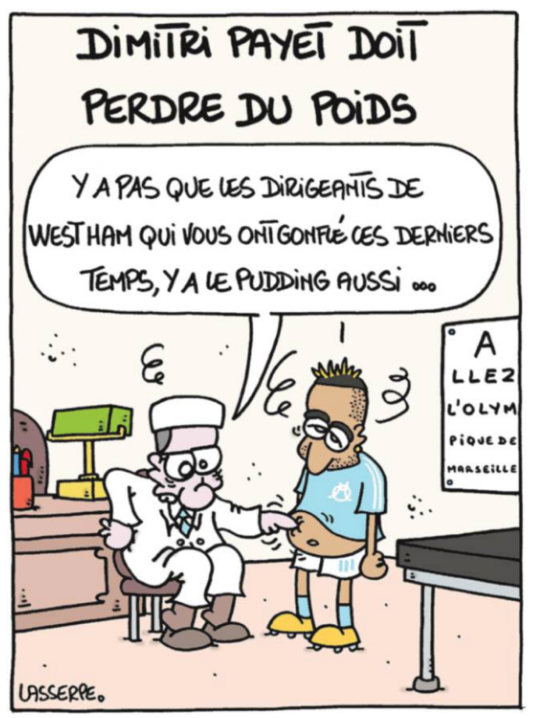 In their Saturday edition, L’Equipe have a cartoon on the player which says it isn’t only West Ham’s leaders who have been bothering him lately, but also ‘pudding’. The insinuation couldn’t be clearer, with a medic drawn poking his finger into Payet’s excess flab.