Ruben Uria, a journalist who writes for Catalan newspaper Sport, believes he’s come up with a solution which can see Ferran Torres arrive at Barcelona in the January transfer window.

The rumour has been building in recent days, and there’s been repeat and widespread insistence that the Manchester City player wants to make the move to the Camp Nou.

Coming through the ranks at Valencia, the 21-year-old made the switch to the Etihad in August 2020, with Pep Guardiola’s side paying around €23m for what was a bargain deal.

So far this season, Torres has had a little over 500 minutes of action for the Premier League champions, and he’s sat out in recent weeks due to a foot injury.

Whilst it’s not too hard to believe he’d fancy a move to Barcelona, it’s the finances which look like providing a big block on the deal. Some fans have suggested the idea of a swap involving Frenkie de Jong, and that’s what Ruben Uria believes could be the solution. 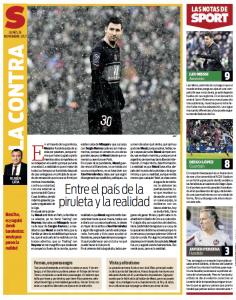 He’s says that both players could be valued at €70m, and such a situation would allow a transfer to take place in the winter market. However, that would obviously have to get the approval of the Dutchman, and Manchester City would have to be keen on taking him.

Even if those pieces fall into place, Barcelona would have to feel that getting Torres was worth sacrificing De Jong.