Home Europe Problem in Everton negotiations – Toffees ‘offer less’ and are in ‘no...
SHARE

Matias Vecino to Everton was swimmingly along nicely on Sunday and Monday, and now Tuesday’s edition of Gazzetta dello Sport suggests everything isn’t going perfectly.

After claims of constant contact between the Premier League club and Inter Milan, and of the midfielder giving his approval to the transfer, it’s now stated there’s been a ‘crush’ in the transfer talks.

That’s because Everton don’t want to pay Inter’s revised price of €20m, they ‘offer less’, and that could be a problem because the Milan club had already come down from a €25m asking price.

According to Gazzetta, Everton are in ‘no hurry to close’ the deal, despite the transfer window slamming shut on Friday night. 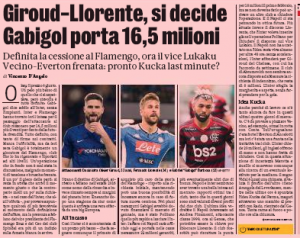 This is creating a situation of uncertainty, with those in charge of recruitment at Inter not sure how seriously they should look for a Vecino replacement.

It could just be negotiating tactics from both sides, and Everton will naturally want to pay as little as possible, but this one has hit a bump in the road. 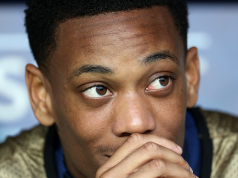 Everton transfer ‘has not been discussed’ by club yet – Toffees...