Around this time last year, Marko Grujic, who was with the Serbia squad in Russia for the 2018 World Cup, was an alleged target for Lazio.

The midfielder’s saga was a rather intense yet short lived one, as he slowly but surely disappeared from the Italian papers’ radars, eventually ending up on loan at Hertha Berlin in Germany.

Despite being Jürgen Klopp’s ‘first signing’ at Anfield, the 23-year-old has only featured 14 times for the Reds since arriving in January 2016, and with no guarantees he could make the first-team next season, we’ll have to wait and see what happens next.

Over in Italy, Il Tempo briefly mentioned the Serbian in an article, explaining to Lazio fans their club should be on the lookout for an ‘interest revival’ in the Liverpool midfielder, clearly seeing an opportunity after his successful loan in the Bundesliga. 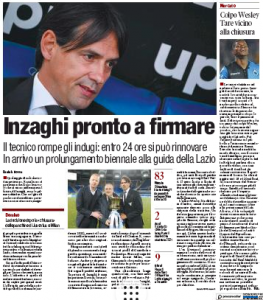 Grujic featured 22 times in the German league for Hertha Berlin, scoring five goals and picking up one assist, but still has four years left on his deal at Anfield, keeping him there until 2023.

That’s still plenty of time for him to develop elsewhere before entering Klopp’s plans, but players’ patience only last for so long, so perhaps the opportunity to join national teammate Sergej Milinkovic-Savic in Italy could prove extremely tempting.