On Monday, we covered the latest from Gazzetta dello Sport regarding Emre Can to Juventus, with the Serie A side making the final preparations before ‘requesting’ from Liverpool the permission to establish contact with the Germany international.

Well, the Italian newspaper were true to their word, as it appears they have the follow-up news from this contact between the two sides, as they explain ‘everything went to plan’, and the contacts ‘over the past few hours have been positive’.

This means there’s now an even greater chance that the former Bayer Leverkusen starlet will be moving to Turin in the summer on a free transfer after rejecting all of Liverpool’s attempt to extend his contract at Anfield. 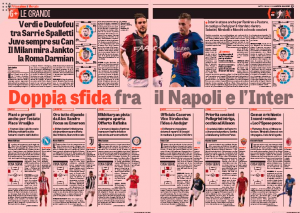 The fact the contacts between everyone involved suggest Liverpool have resigned themselves to that fate, realising there’s no point standing in the way of a player who has clearly made up his mind, but one they know will give his all for the club until the end of the season.

At this stage, there’s so much confidence coming from Italy, it seems like there’s no going back, and we might as well be waiting for the official announcement from either the player or the clubs.