Home Europe From Portugal: Everton boss Marco Silva has been approached by another club
SHARE

Since Sporting sacked manager Marcel Keizer, we’ve been checking to see if they would be ambitious enough to try to take someone from England for the job.

The information is far from the headlines. What is mostly being reported today is that Sporting are working to find the right man, with a couple of outlets saying it’s Jorge Manuel Rebelo Fernandes, better known as Silas, who is best placed.

O Jogo says Sporting first tried some famous managers, such as José Mourinho, Massimiliano Allegri and Vitor Pereira, but all of them rejected the approach. 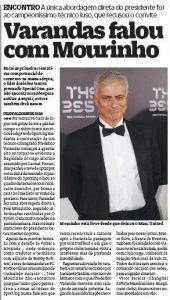 In Marco Silva’s case, it’s said he’s been ‘approached’ about a return to Alvalade, just like Portugal U21 manager Rui Jorge. But their past at the Lions didn’t really count in the club’s favour, since both of them rejected the chance.

Despite Silva’s unstable situation at Everton, it always seemed obvious he wouldn’t accept an invite from Portugal at this stage. Back in January, it had already been reported that he’d rejected a chance to take charge of Benfica.