Cristiano Ronaldo has ‘diverted’ his attention from Real Madrid to Manchester United after Florentino Pérez ruled out the star’s return to the club.

That’s according to Gazzetta dello Sport, who say the forward is ‘fine’ at Juventus, but he’s no longer as happy as he used to be.

That’s because the season didn’t go as he had hoped for and the 36-year-old has already started reflecting on his future.

Ronaldo is now looking for a club that can help him achieve success, especially in Europe, in the final stage of his career.

It’s a ‘romantic idea’ to finish his career at Old Trafford and therefore, the Portugal international has given a ‘mandate’ to his agent, Jorge Mendes, to ‘test the waters’ with the Premier League side.

The super-agent is aware the chances of the deal taking shape are ‘not very high’ as of now, and this could risk the attacker being the ‘prisoner of a rich contract’ with the Turin club [while enjoying benefits of Italy’s tax laws].

Earlier this season, Ole Gunnar Solskjaer hinted he would like Ronaldo to return to the club, and the Norwegian’s comments could provide hope, when compared with the latest statements made by Pérez.

Gazzetta points out that at Old Trafford, there’s ‘chaos’ now due to fan protests and their executive vice-chairman Ed Woodward confirming his decision to step down.

Ronaldo is aware it will be a ‘complex operation’ for United to make an attempt for his signing. He is also aware that in the current economic climate, it will be impossible for him to receive the same net salary of €31m per year. 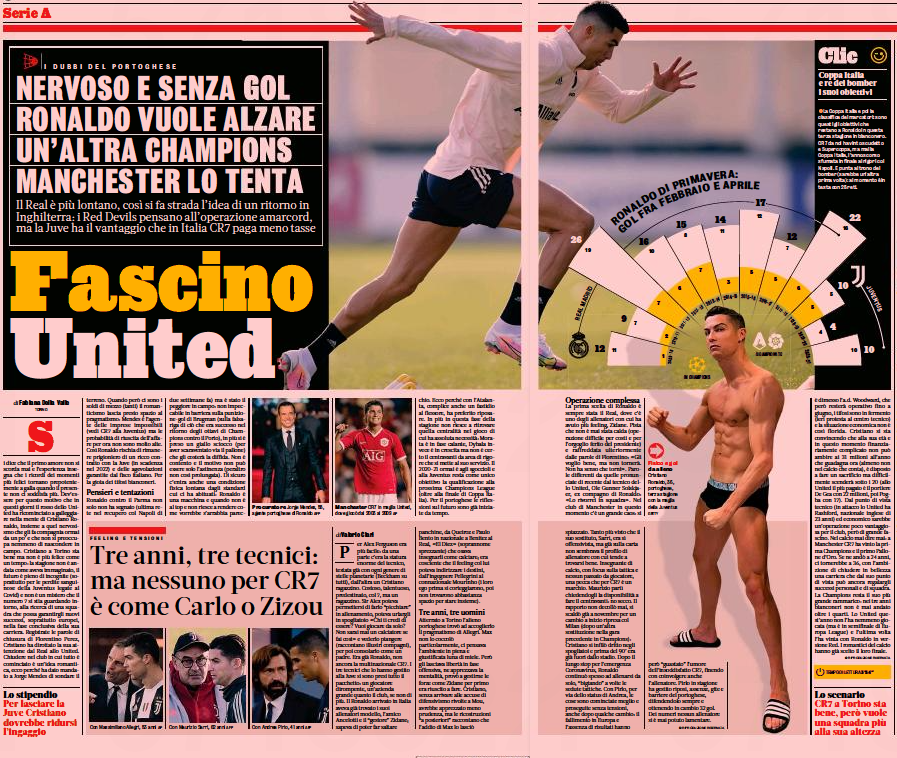 Therefore, the former Sporting man is ‘willing to make a sacrifice’ to lower his wage demands, but it shouldn’t drop below 20m net annually.

Marcus Rashford is the first-choice player deployed on the left side of United’s attack. Hence, from the technical point of view and also from the financial view, it would not be an ‘advantageous operation’.

Various factors make the possibility of the player returning to Manchester United complicated. Despite all these, Gazzetta uses the line famously used by Ronaldo, which is ‘never say never’ in football.