Home Europe Player on his way to Everton, deal agreed, medical was on Monday
SHARE

Yesterday we brought you an update that claimed Monaco defender Djibril Sidibe was on his way to Everton this week.

The Blues have been on the hunt for competition for Seamus Coleman all summer and had identified the World Cup-winning full-back as the ideal option.

Bertrand Latour was the first to break the move with L’Equipe later backing that up. The latter claimed Everton were paying €2.5m for a loan fee and had the option to make the move permanent for €14m next year. 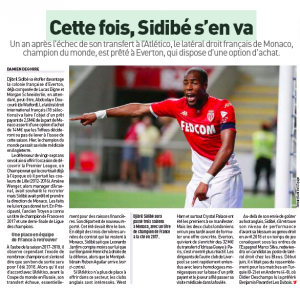 The newspaper back that up today, confirming those are the terms of the agreement. In fact, Sidibe had his medical with Everton yesterday and passed it with no problems.

He’s keen on the move as he knows he won’t get as much game time as he would like under Leonardo Jardim next season.

West Ham and Crystal Palace were also keen on his signature, which was reported widely this summer, but Everton were the quickest to move to get their man. 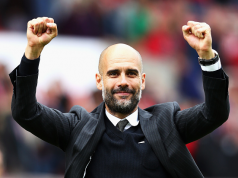