Chelsea spent over €100m in bringing Romeu Lukaku back to Stamford Bridge last summer and, in the same window, also parted ways with both Olivier Giroud and Tammy Abraham.

The former Arsenal star joined AC Milan while the England international move to AS Roma.

Abraham is the first-choice striker for José Mourinho and has managed 18 goals and four assists in all competitions so far this campaign.

Thursday’s edition of Corriere dello Sport states the Giallorossi ‘needs to improve’ for the 24-year-old to ‘push them towards more rewarding positions’. The latter has managed only 10 shots on target in the last five matches.

Despite both the player and the Serie A side going through a difficult phase, it’s claimed the attacker ‘never regretted’ leaving the Champions League winners. 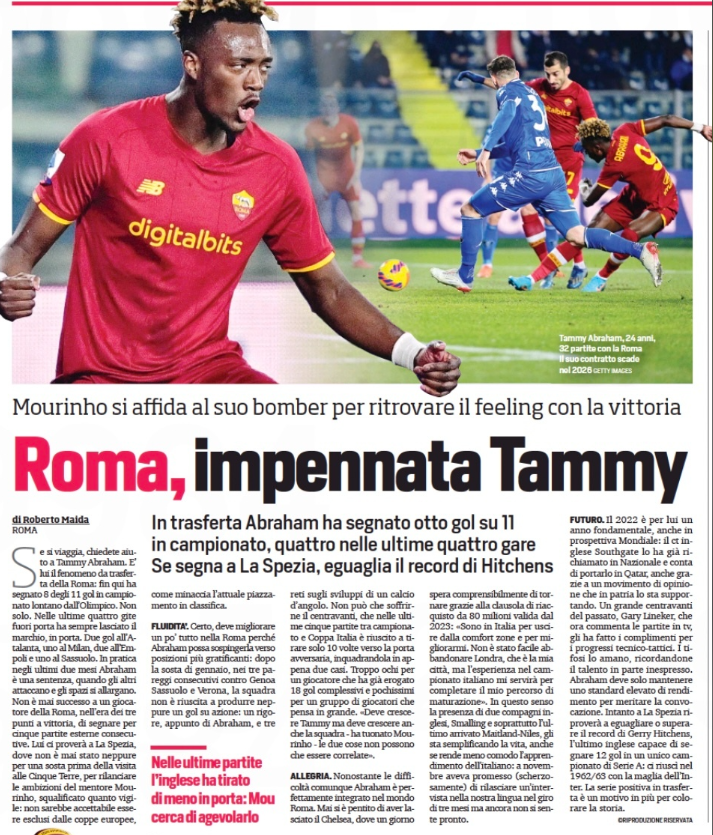 The newspaper even states that Abraham ‘understandably hopes to return’ to the west London club in the future.

When Chelsea sold the frontman to the Italian club, they inserted a buyback clause, that, as per Corriere dello Sport, is set at €80m and becomes active in 2023.

With Lukaku struggling to adapt to Thomas Tuchel’s methods, Chelsea may look for a new striker, although any replacement won’t be Abraham, as the clause won’t be valid at that point.