On Tuesday, Bild reported Chelsea are in ‘pole position’ for Kai Havertz.

This week’s edition of SportBild states the 21-year-old wants to be an integral part of Frank Lampard’s plans at Stamford Bridge and has communicated the same to Bayer Leverkusen.

Havertz has asked the German side not to drag out negotiations with the Blues. Bayer are also looking for a quick agreement for his sale.

The attacking midfielder’s ‘wish’ is to join with Chelsea ‘as quickly as possible’ so that he can ‘get used to the team, the club and the environment in London’.

It’s claimed Havertz’s signing is a dream for both Lampard and Chelsea owner Roman Abramovich. Therefore, Granovskaia has internally cleared all questions related to the overall package need to sign the player.

There are a few people at Chelsea who wanted the club to invest in defensive signings. However, Lampard, Abramovich and Granovskaia are aware their chances of signing Havertz have increased this year because of the Covid-19 crisis.

Havertz has already agreed a five-year deal worth €10m (net) per season even before Chelsea started discussions with the Bundesliga side. Granovskaia had calculated a fixed fee of €80m, which is €20m short of Leverkusen’s valuation.

This difference needs to settled during the negotiations, and SportBild state: ‘As a rule, this works with contractually guaranteed special payments that are spread over the next few years.’ 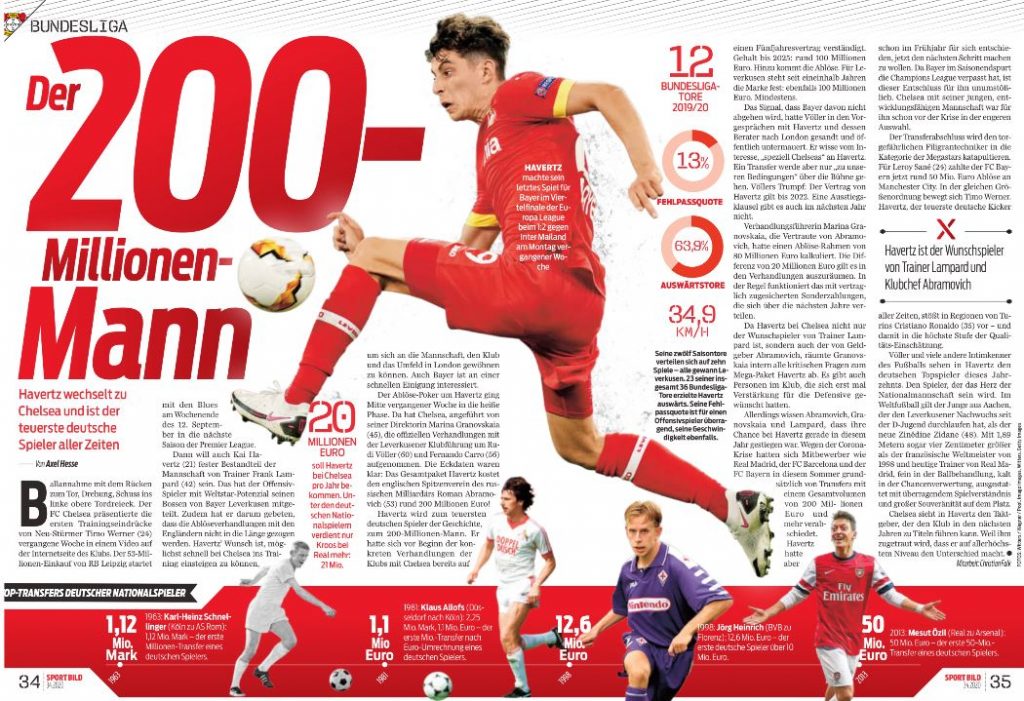 Chelsea view the attacker as a player who can help them win titles in the next few years because Havertz is ‘trusted to make the difference at the very highest level.’