Matteo Guendouzi left Arsenal on loan again in the summer transfer window, with his move to Marseille having an option to make the switch permanent at the end of the season.

For the midfielder, it was the second loan in two years, with him enjoying mixed success last season with Hertha Berlin. In Germany, just like in England, the 22-year-old’s talent had been recognised, however, there were doubts around his attitude and consistency.

Things have been going better since the switch to Marseille, and L’Equipe believe he was one of the best on the pitch as the club beat Rennes 2-0 at the weekend. So much so, he’s ended up in their Team of the Week for the first time this season.

Guendouzi is putting his strife with Mikel Arteta, and a whole host of other people to be fair, behind him, yet it remains to be seen whether he can go through the whole season without going to war with someone at Marseille. 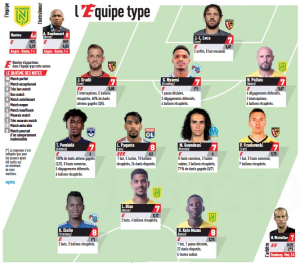 Interestingly, no PSG players made it this week.

Mauricio Pochettino’s side were very fortunate with their victory over Lyon, and the famous front three are still to really click.

“Man, I couldn’t imagine it” – Player says star was never...