Dani Ceballos’ resurgence since the restart has convinced Mikel Arteta to retain the midfielder at Arsenal.

The Spain international joined the Gunners on a dry loan deal from Real Madrid, after being told Zinedine Zidane doesn’t count on him.

On July 21st, AS explained the north London club ‘hope to’ sign the 23-year-old on another loan deal with a purchase option.

Last weekend, we covered claims from Marca explaining the former Real Betis man has ‘found his place’ at the Emirates, and the Premier League side could pay around €30-35m for his permanent signing.

Tuesday’s edition of AS discusses Real Madrid players who spent time away on loan during the recently concluded domestic campaign.

With regards to Ceballos, the newspaper claims he will find it complicated to return to Santiago Bernabéu, because the player doesn’t share a good relationship with Zidane. 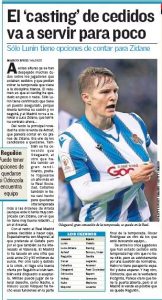 The Spaniard, however, could extend his time at Arsenal, and the report adds he has it ‘almost done’ to stay at Emirates for one more season.

AS’ focus is on Ceballos staying at Arsenal for ‘another season’, which could indicate he will sign for the English side on another loan deal, rather than a permanent transfer this summer.

That said, it’s also stated Real Madrid want to ‘make cash’ so they’re likely to ask for a good loan fee and perhaps even a compulsory purchase option.