Aston Villa defender Ritchie de Laet has posted on Twitter he knows nothing about a move to his former club Royal Antwerp.

This was originally picked up by Voetbal Nieuws, who believe this is De Laet’s official account.

Earlier today it was claimed De Laet was close to joining Antwerp on loan for the remainder of the season. The 29 year old has played just four Champions games for Steve Bruce’s side this season, and could look to move on in this transfer window.

De Laet’s time at Villa Park has been hampered by injuries, and Bruce reportedly wants the player to go on loan to get game time under his belt. 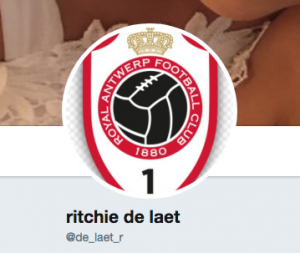 However, the Aston Villa player has responded on Twitter about speculation he’s set for a return to Antwerp by saying: “I know nothing about it.”

Despite these comments De Laet has taken the time to put Antwerp’s crest on his Twitter page, which could suggest a move to Belgium isn’t just rumours.

All fun and games.