Home Europe Player ready to put in transfer request if Liverpool offer for him...
SHARE

Jasper Cillessen’s future has been in question for much of the summer. Impressing Barcelona and the Catalan media hugely, at first it felt like the rumours of interest were being pushed so the Dutchman got some recognition.

Always in the shadow of Marc-Andre Ter-Stegen, the Catalan media were making everyone aware just how good Cillessen is and claiming Barcelona wouldn’t be selling him to anyone unless a club matched his €60m release clause.

That seemed unrealistic, and as reports of interest increased, with Liverpool mainly mentioned, the idea of a sale became likelier, and at a much lower fee.

Then Cillessen himself turned up at Barcelona’s offices when he should have been on holiday, and there were natural assumptions made of him wanting to talk about his future. 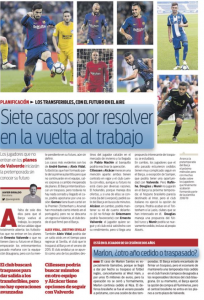 Monday’s edition of Sport reports the goalkeeper has two offers, and if the Liverpool one is concrete (the other club isn’t named) then he’ll ask to leave Barca this summer, in search of more prominence elsewhere.

That Cillessen sounds so keen on a move to Anfield must surely be of interest to Jurgen Klopp, despite the Liverpool manager’s backing for Loris Karius over the past week.