Home Premier League Chelsea Player quizzed on Chelsea being keen on him – Versatile attacker has...
SHARE

Christopher Nkunku’s explosive start to the season with RB Leipzig, which includes nine goals and three assists in 10 matches, has seen him attract interest from elsewhere.

On October 4th, Foot Mercato reported Chelsea are chasing the Bundesliga’s latest star. Two days later, Bild stated the Blues must pay in excess of €60m to sign the 23-year-old.

The former Paris Saint-Germain player has been used in various attacking positions this season and new manager Jesse Marsch has given him more freedom, which has partly resulted in his excellent form.

Marsch sees the Frenchman as more of a striker than a No.10, but Nkunku told SportBild he is comfortable to operate in multiple positions.

His impressive stats for the German club has resulted in him being linked to Real Madrid and the Champions League winners. 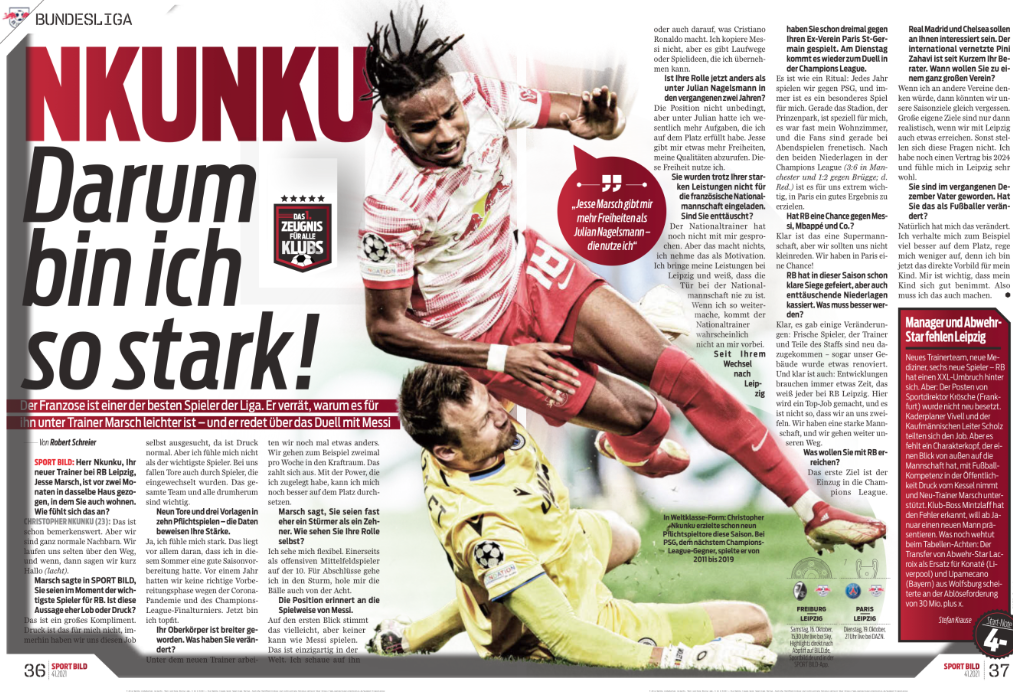 With Chelsea and Los Blancos interested in the versatile player, SportBild quizzed Nkunku over when he would want to join a big club, now that he has also changed agents. The attacker is managed by Pini Zahavi, who is said to have close ties to the English side.

Responding to that, after both clubs were specifically mentioned to him, Nkunku said: “If I was thinking of other clubs, we might as well forget our season goals. Big goals of our own are only realistic if we achieve something with Leipzig. Otherwise, these questions do not arise. I still have a contract until 2024 and I feel very comfortable at RB Leipzig.”

Chelsea manager Thomas Tuchel knows Nkunku first hand, having managed him at PSG in the past.