Earlier this month, it was speculated that Milan in Serie A could be tempted to sell Franck Kessié to Wolverhampton as Stefano Pioli looks to make some changes to his new team in January.

The Ivorian, while not someone the club would actively want to sell, remains a tradable asset for the club, and a good offer could be considered.

Gazzetta dello Sport on Thursday suggest some movement has been made from Nuno Espírito Santo’s side’s end, as they state the player ‘has an offer from the usual Wolverhampton’, which we’re guessing is more personal terms than a bid made to Milan.

They once again remind everyone that a transfer to the Premier League club was ‘practically done’ towards the very end of the summer before ‘reverse gear’ was applied. 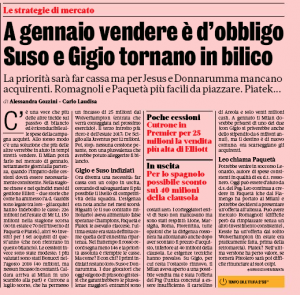 Claims back in August were that Kessié wasn’t enthralled at the idea of a move to Wolves and even turned down a contract, but it seems the Molineux club haven’t given up in their attempts to convince him.

Whether the midfielder accepts their (we’re guessing new) offer is a whole different story altogether, and they would still need to show Milan enough money to persuade them to sell.

This seems like it could drag on until and into January, so brace yourselves.