Matthijs de Ligt has recently gone a little quiet in the Catalan media, with it being thought he’s not moving to Barcelona.

The Netherlands international has been heavily linked with Barca, Paris Saint-Germain and Juventus and reports from last month indicated he will make a decision on his future after the UEFA Nations League.

The UEFA tournament concluded in Portugal earlier this month and the Ajax star has still not decided where he will play next season.

PSG were believed to have won the race for the centre-back’s signature, but recent reports coming out of Italy claim Juventus are likely to beat the Ligue 1 winners.

Catalan newspaper Mundo Deportivo reports the 19-year-old is currently on holiday and still weighing up all the options he has, including that of the La Liga winners.

It’s explained the Dutchman ‘hasn’t ruled out’ Ernesto Valverde’s side. A move to the Camp Nou will see him play alongside Frenkie de Jong, and the style of football will be similar to that of Ajax.

Sport say the player’s family and De Jong have asked the defender to join the Spanish champions, while his agent Mino Raiola is pushing him towards Maurizio Sarri’s new club.

Mundo once again make it clear the economic proposal from Barca is not at the same level as other suitors. 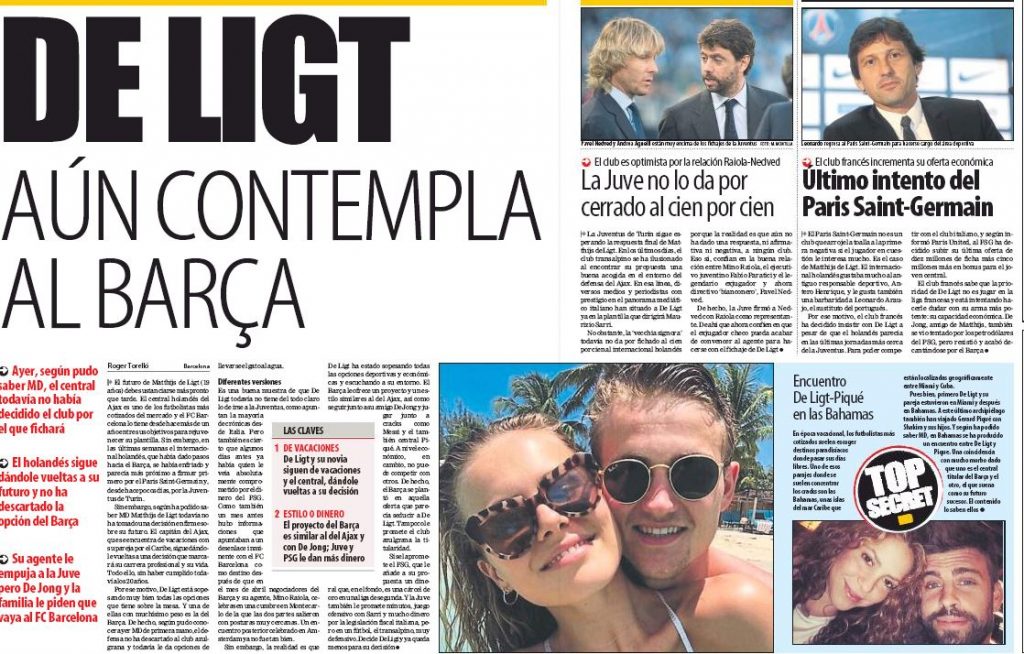 PSG are ready to offer De Ligt a lucrative salary, while Juve promises him regular minutes, attacking football under Sarri and a better economic offer due to the new taxation system in Italy for foreigners.

De Ligt must now decide, and Mundo’s latest report indicates the option of Barcelona has not been completely ruled out.