Now that Arsenal have signed Aaron Ramsdale to provide competition for Bernd Leno, Sheffield United are without a star goalkeeper.

The Blades did receive a hefty £25m or so for their shot stopper, meaning they will have a chunk of that to reinvest in the right man, who could be Robin Olsen.

Ever since the Ramsdale to Arsenal rumours started, the Swede, who spent last season on loan at Everton, was touted as a potential replacement.

However, now that the opportunity has presented itself, there are some doubts in the AS Roma goalkeeper’s mind, who is looking elsewhere for the time being. 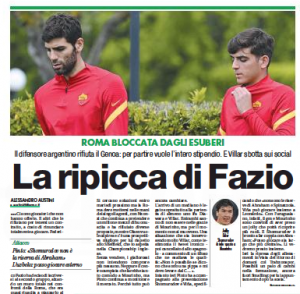 That’s according to Il Tempo, who state the 31-year-old ‘wants to understand if there is a better prospect’ for him out there compared to Sheffield United, who are ‘waiting for him in the Championship’.

There’s still a week or so left in the transfer window, but it really does appear like his choices are becoming slim, and a move to Bramall Lane might be best for him for fear of stagnating in Rome, where he would be unused by José Mourinho.