For the past few days, Marseille’s Bamba Dieng has been drawing the attention of a handful of clubs in England, including Crystal Palace.

On January 26th, we carried a report from RMC Sport, who stated the Eagles have made contact to sign the 21-year-old. It was also explained the Ligue 1 side, who need money, are ‘ready to sell’ him, if they receive a €10m offer.

Friday’s edition of L’Equipe explains the French club have not received any concrete offer, but warns the English clubs are ‘agitated’ for the Senegal international.

They relay claims made elsewhere about the €10m price tag and add Marseille president Pablo Longoria, who valued the striker at €5m last summer, ‘hopes to raise the stakes’.

In other words, Longoria is looking to earn more than €10m, if his club decide to sell 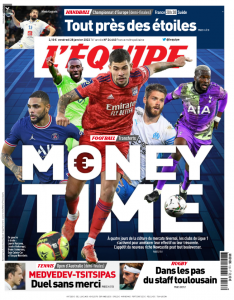 the player, because ‘the courtiers are numerous and [they] do not lack cash’.

Among them is Crystal Palace.

Dieng came up through the ranks of Senegalese side Diambars FC and Palace manager Patrick Vieira was one of the founders of the club.

L’Equipe state the player has a ‘very serious track’ to joining Palace and the possibility for him change clubs before the window closes on Monday ‘cannot be excluded’.