Home Europe Player has four-year contract lined up away from Leicester if club trigger...
SHARE

One of the last minute transfers of the European transfer window, Rachid Ghezzal from Leicester City to Fiorentina made a lot of sense.

The Algeria international didn’t fit in Brendan Rodgers’ plans this season, and with a need to continue to play regularly, an exit was needed to avoid a disgruntled player staying at King Power Stadium.

Thankfully for Ghezzal, the Serie A side made a late approach for his services, and he headed over to Florence on a loan with a view to buy, with the Italians paying a small fee up front, able to then pay around €10m later to make the move permanent.

These are the details given by L’Equipe, who also reveal the player has agreed a four-year contract with Fiorentina, meaning that if they do trigger his clause should he perform well, the 27-year-old could potentially stay there until his early thirties. 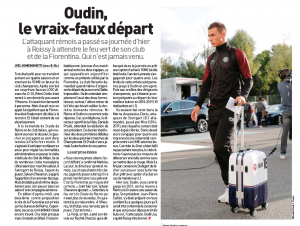 Ghezzal was a bit part player last year, making just 23 appearances in all competitions, during which he scored three goals.

His lack of game time meant he missed out on the Algeria squad this summer for the Africa Cup of Nations, which his national team went on to win by beating Senegal 1-0 in the final, conceding just two goals on their way to success.