Joaquín came up through the ranks of Real Betis’ academy before making his way into their first team in 2000.

He left them for Valencia in 2006 and after having spent nine years away from the Seville side, he returned to Betis in 2015.

Last October, the winger’s father Aurelio Sánchez revealed his son came close to joining Chelsea in 2006 after the Blues had agreed a fee and also personal terms with the player.

“The signing for Chelsea was done. Betis would receive €36m plus another €3m for a friendly, €6m per season for Joaquin, who would sign five years. I would take €3m and Jorge Mendes €3m for the operation,” Sánchez told El Español in 2018.

The player was in Madrid at the time and his father advised him to take a flight to Seville to sign the contract, but he decided against doing so because he was happy at Betis.

AS asked Joaquín about the comments made by his father regarding a ‘dizzying’ offer from Chelsea for his transfer in 2006. 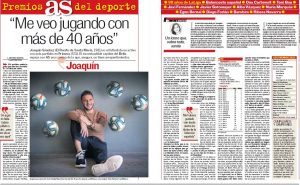 Responding to that, he said: “My love for Betis deprived me of many things, perhaps. I don’t even remember Chelsea.”

Joaquín continues to be important at Betis, scoring at the weekend in their victory over Valencia. 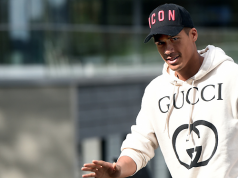 Transfer talks are ‘going to drag’ as Manchester United look to...