The subject of a very long drawn out saga between Arsenal and AS Roma in the summer, Granit Xhaka eventually stayed at the Emirates.

The midfielder wanted to go to Italy, but the Serie A side never met the Gunners’ demands, leaving him no choice but to stay put, signing a new contract in the process.

An injury kept him out of a chunk of the season, but he’s normally started when fit, and yet he isn’t entirely satisfied with his situation.

That’s according to Corriere dello Sport on Tuesday, who claim the player ‘doesn’t seem happy to have stayed at Arsenal’ and could ‘run into the arms of the Special One’ in the summer. 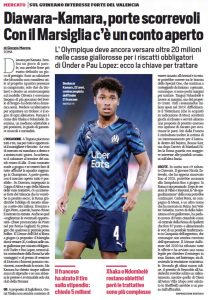 The belief is that José Mourinho still wants him in Rome, as he ‘continues to court him from afar’.

It would have to be a deal in the summer, because there are ‘few margins to negotiate’ in January, but this all suggests we are in for another saga once the season ends.