Tiemoué Bakayoko’s on/off transfer to Chelsea remains very much in an ‘on’ phase. After the Premier League champions grew tired of Bakayoko’s entourage playing a game of hard-to-get, and moved on to other targets, those surrounding the French midfielder had a little panic and made sure not to lose the Chelsea chance.

In their Friday edition, L’Equipe report that Bakayoko has chosen to join Chelsea, despite both Manchester clubs wanting to sign him. The reasoning behind that decision is said to be the presence of Antonio Conte, someone Bakayoko obviously feels he could work well with.

Despite the player choosing, no deal has been agreed between Monaco and Chelsea yet. 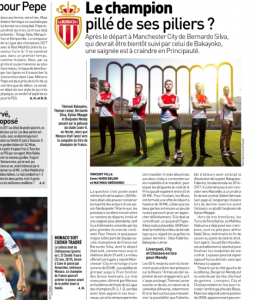 Whilst an ‘up-to’ €30m offer has arrived from Stamford Bridge, Monaco are holding out for something like €45-50m.

L’Equipe believe the transfer is the ‘most plausible’ run of events from here.

It’s even thought that Bakayoko will be the next player to leave Monaco, so the club will need Chelsea to up their offer a bit.